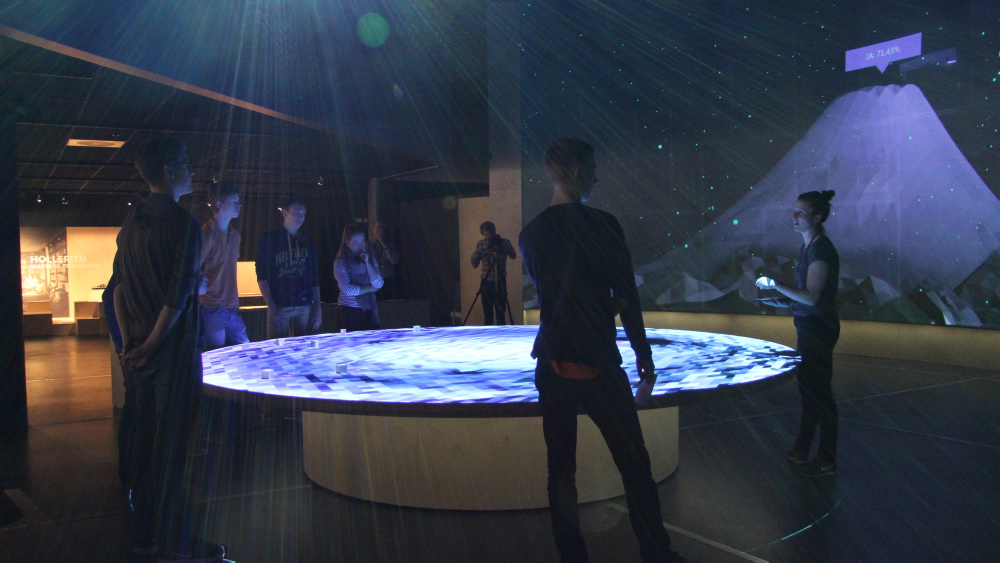 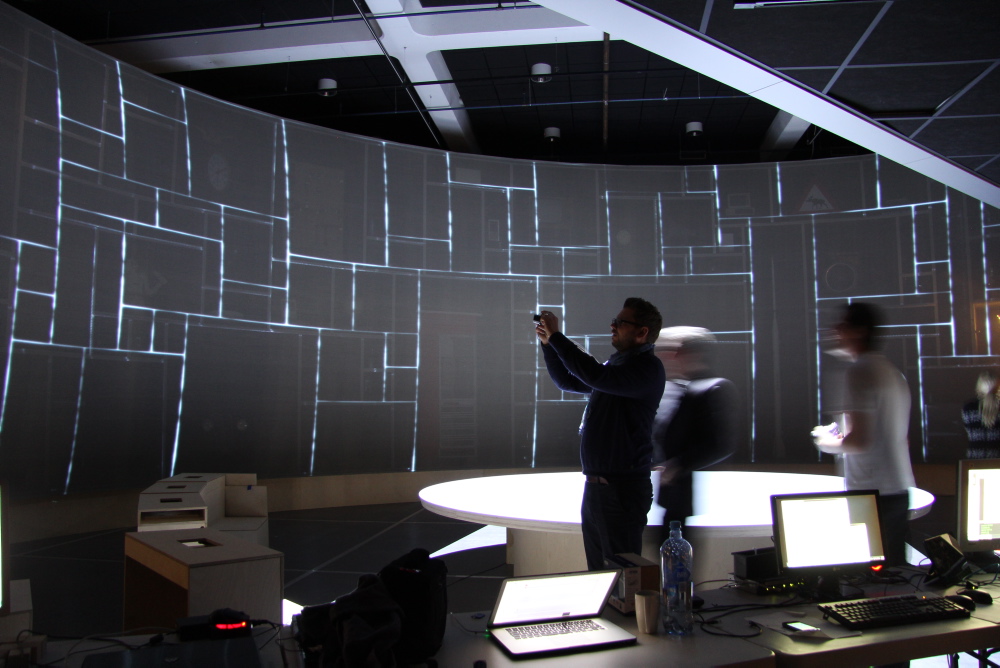 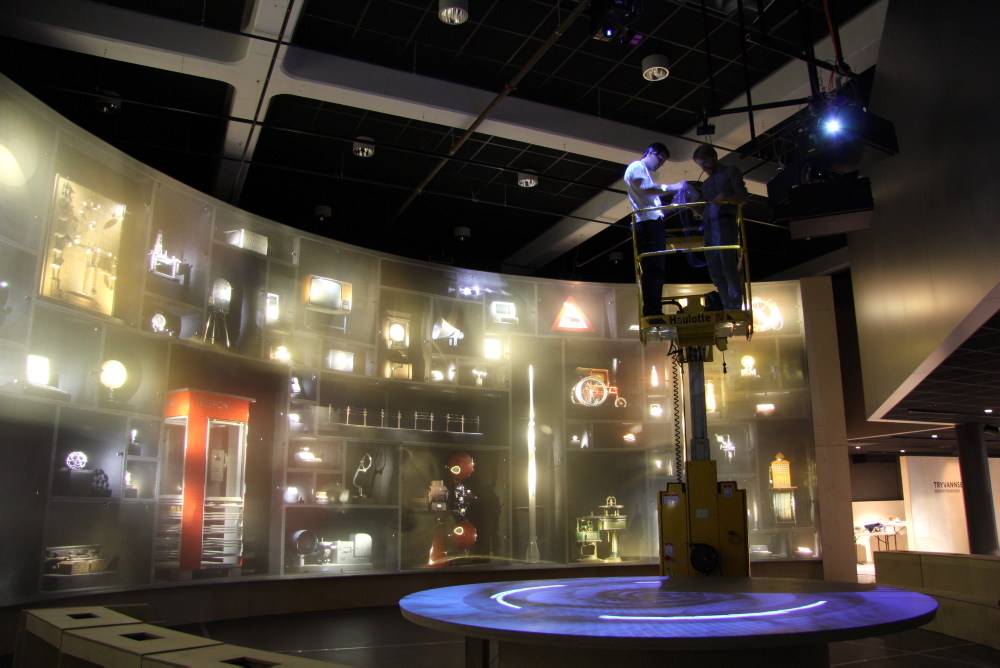 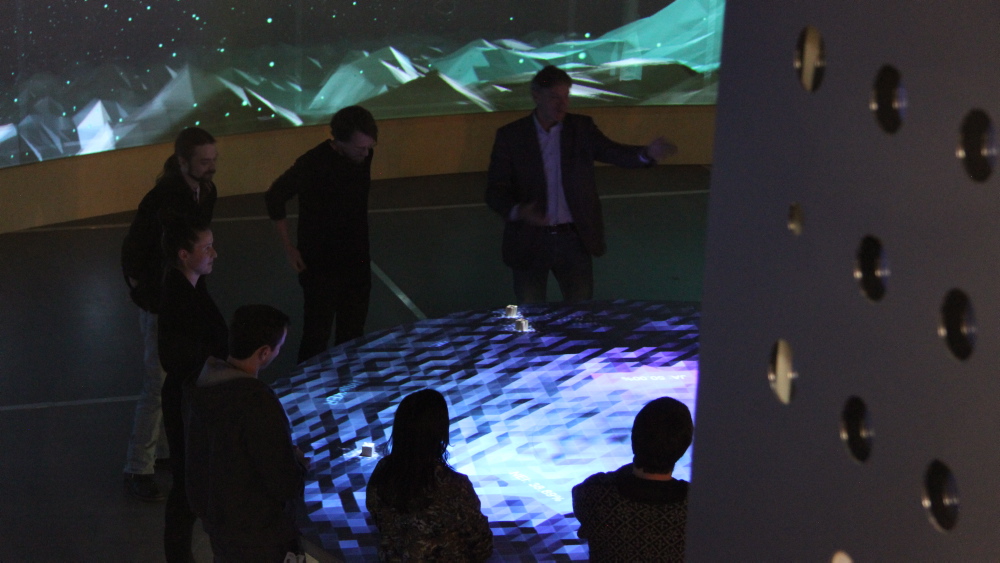 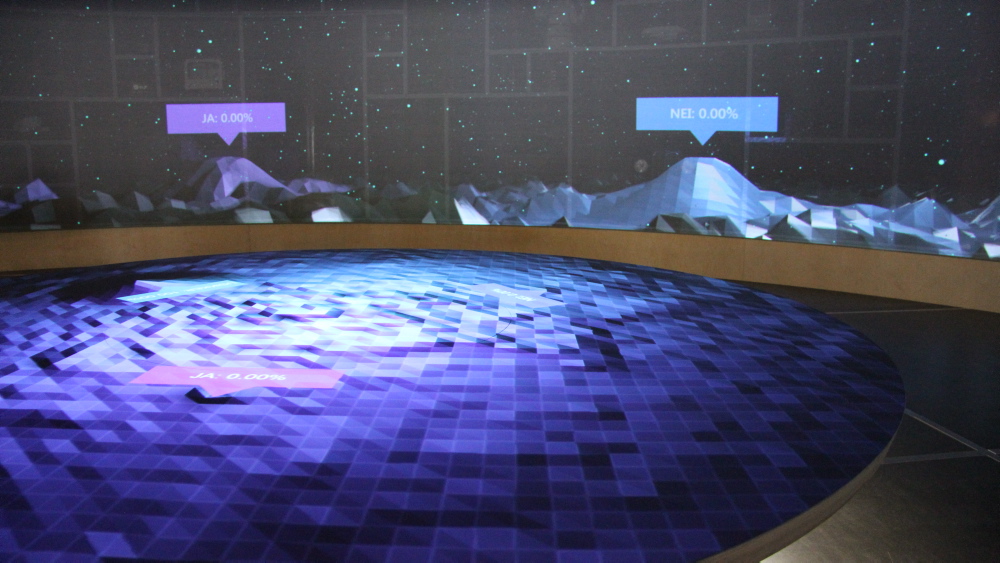 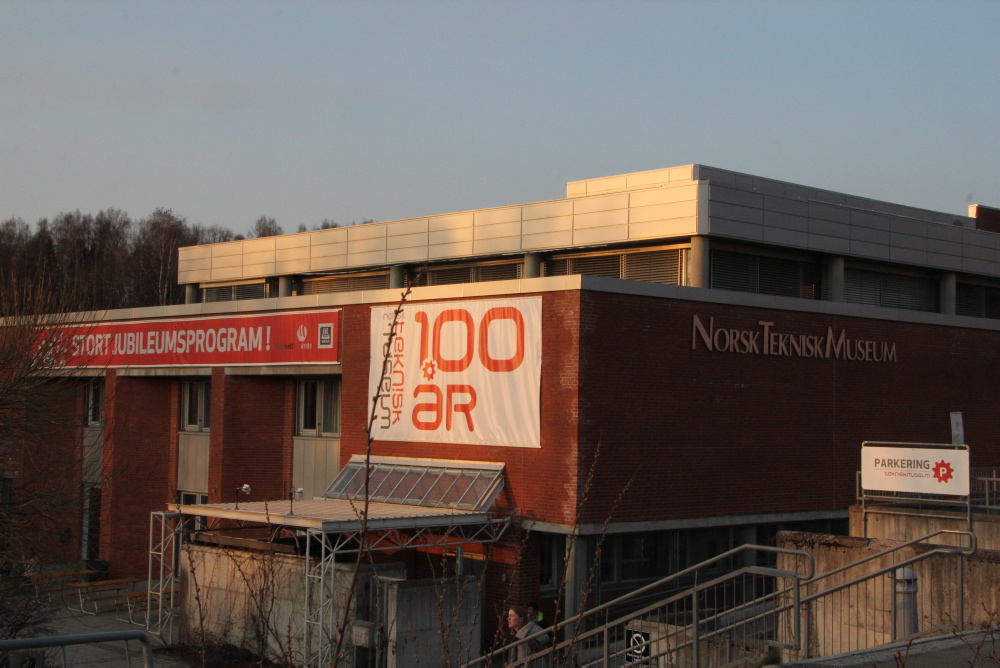 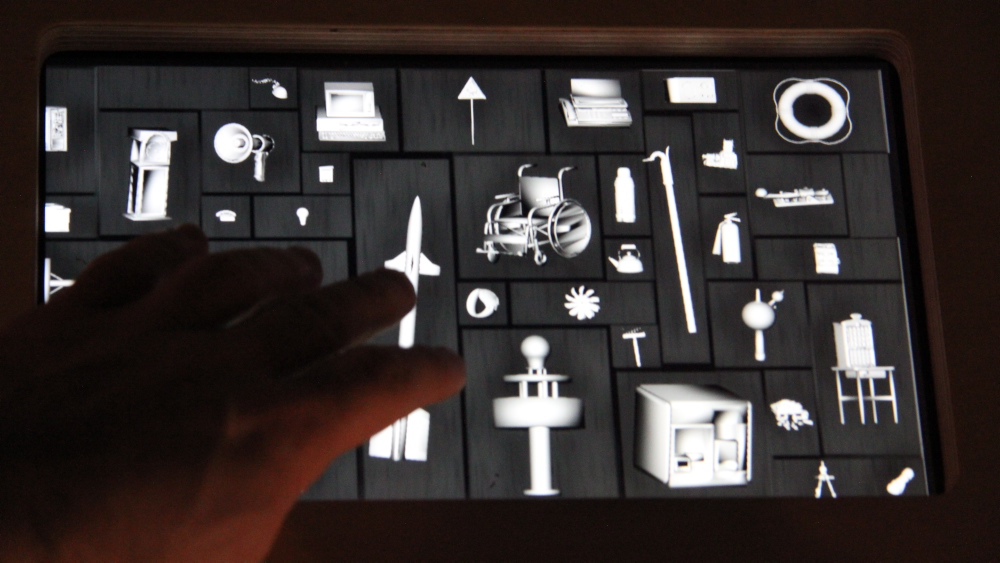 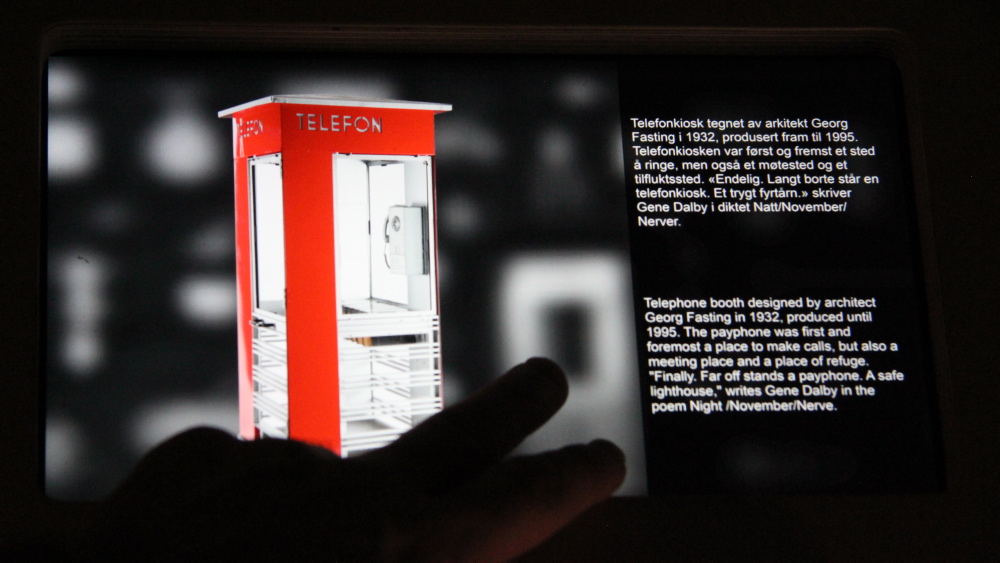 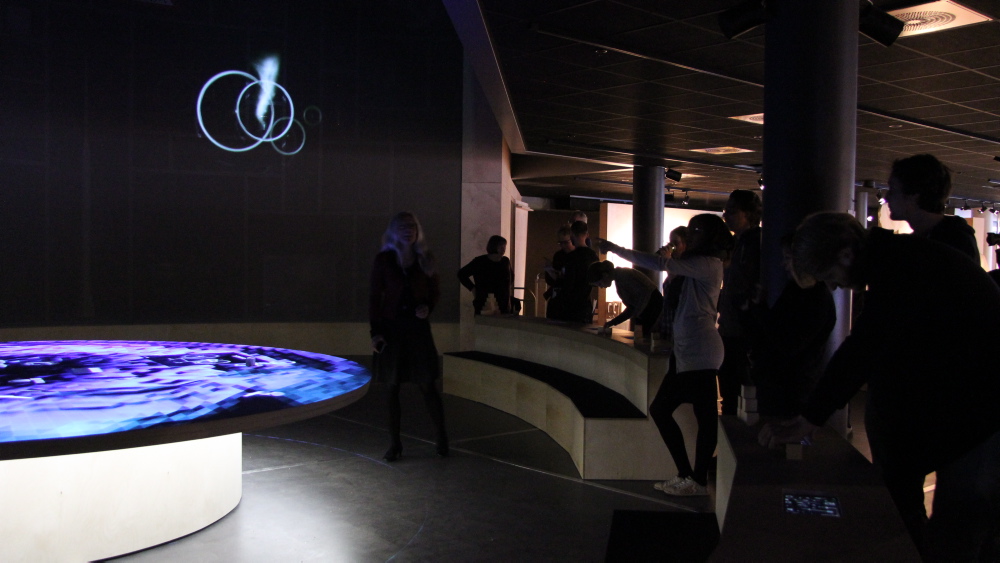 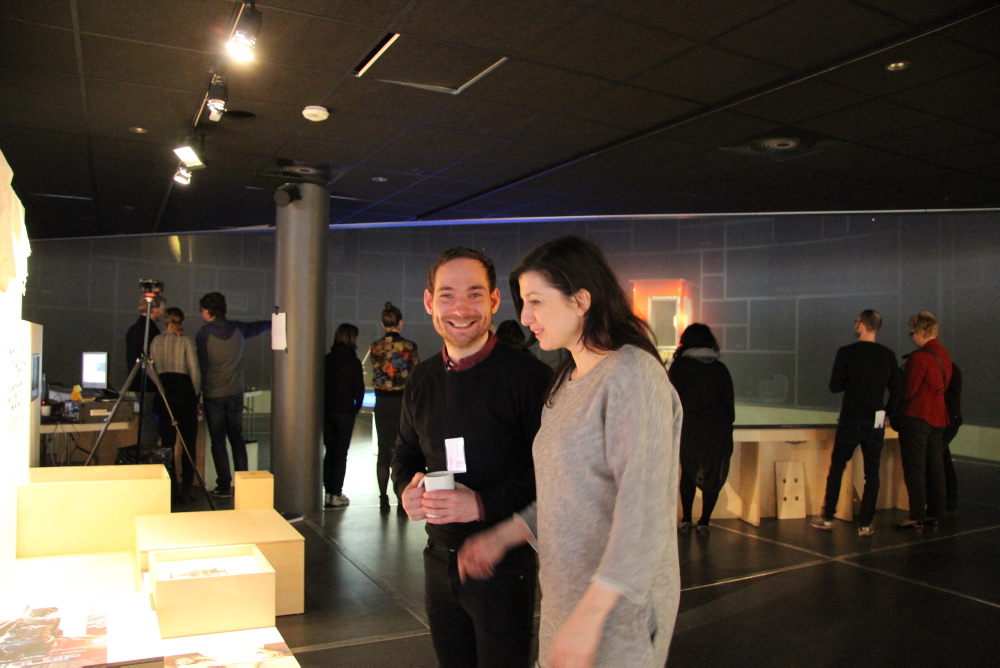 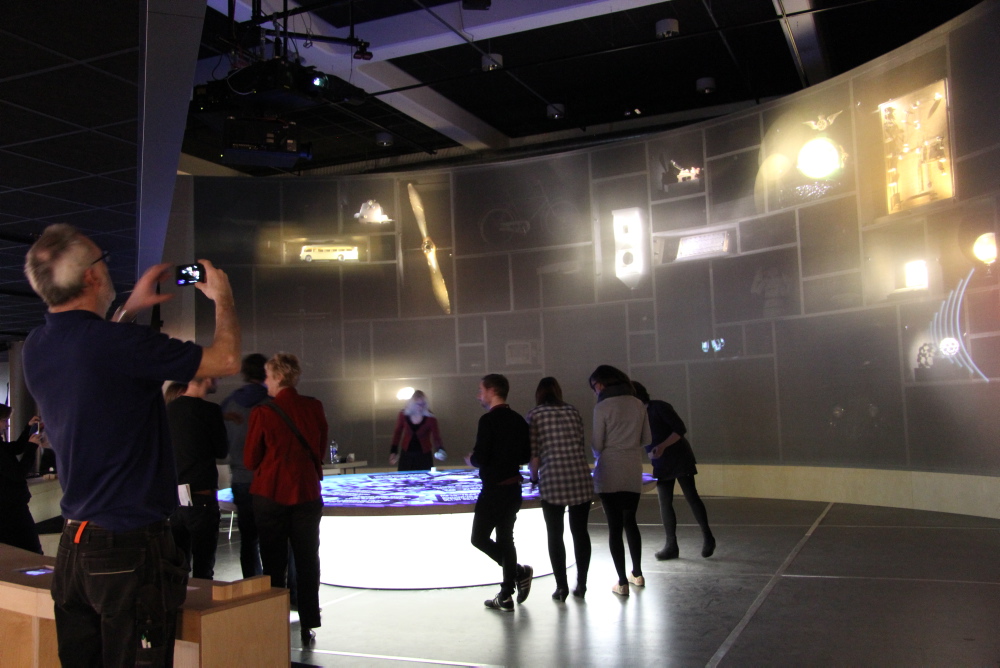 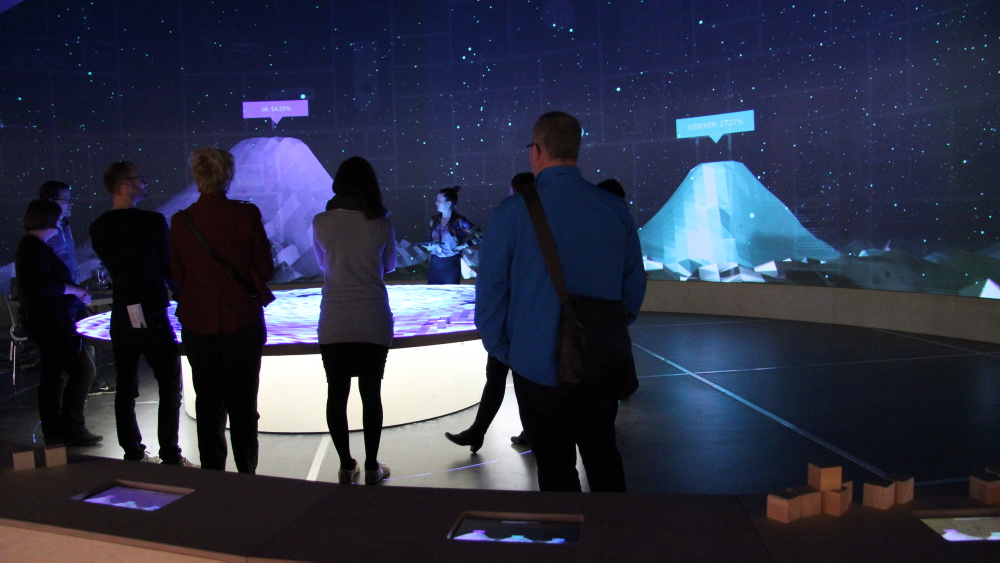 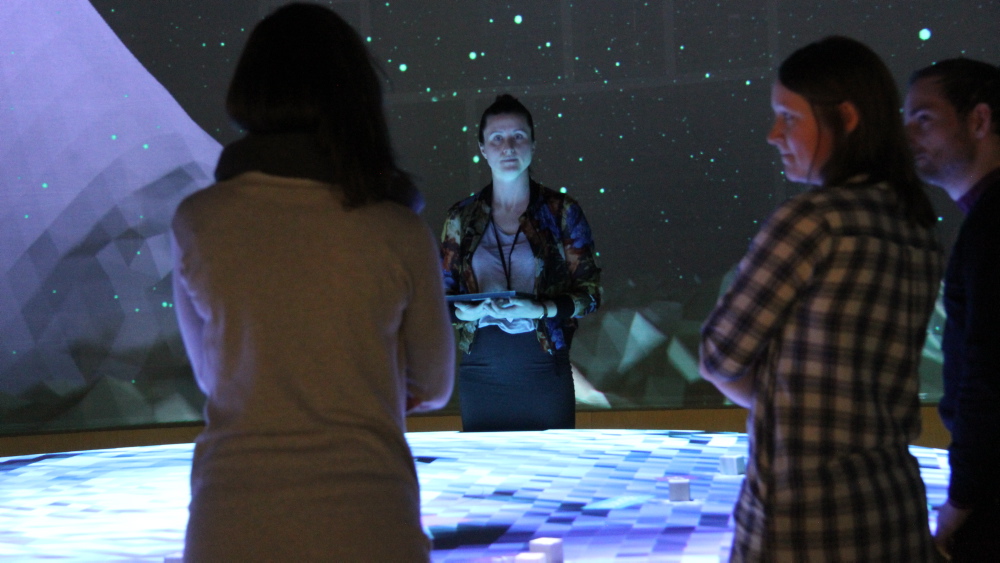 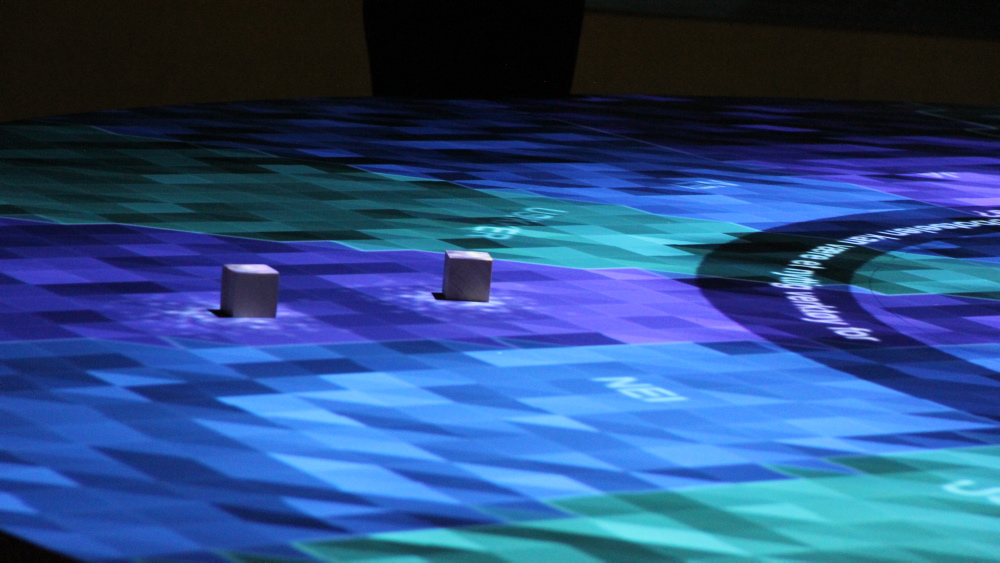 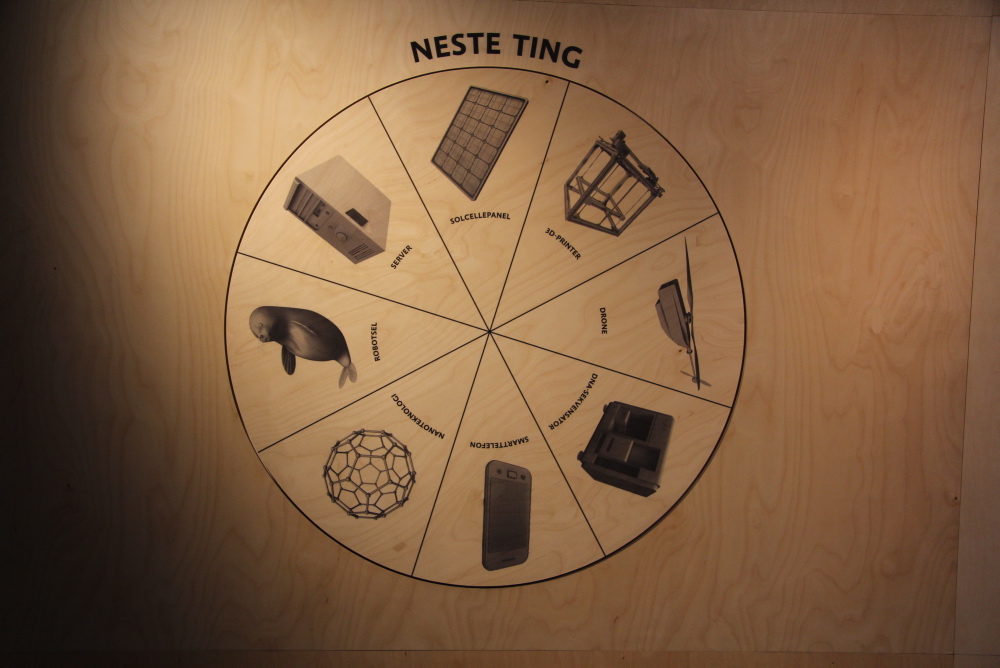 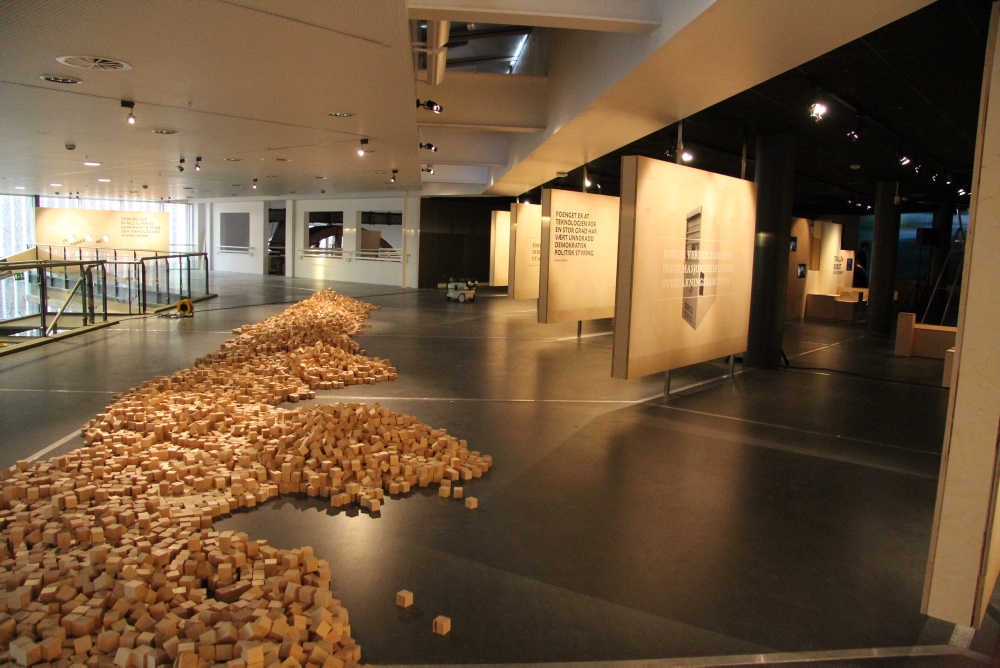 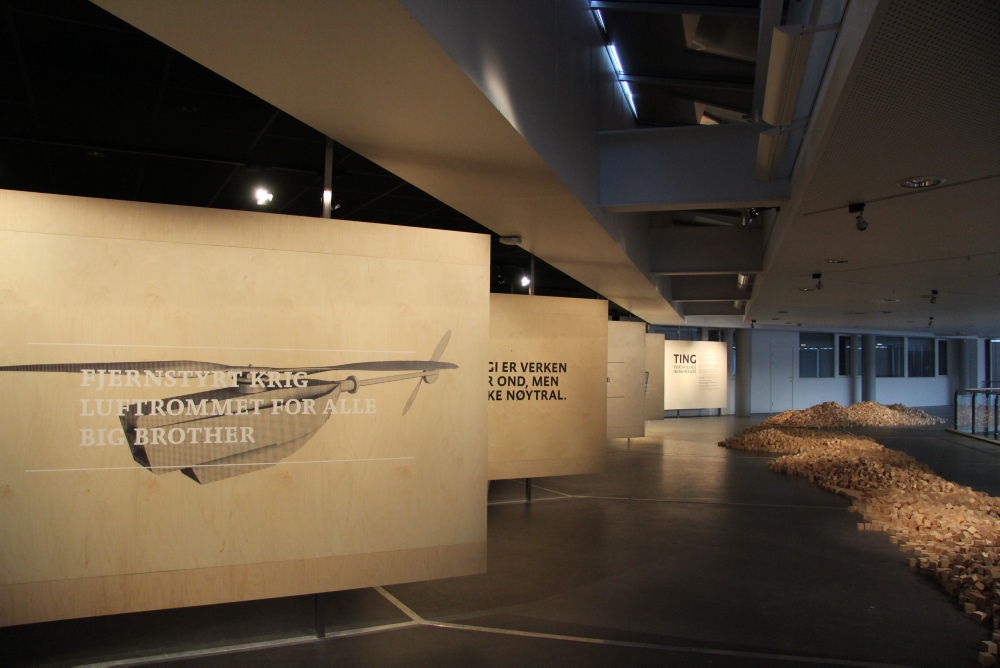 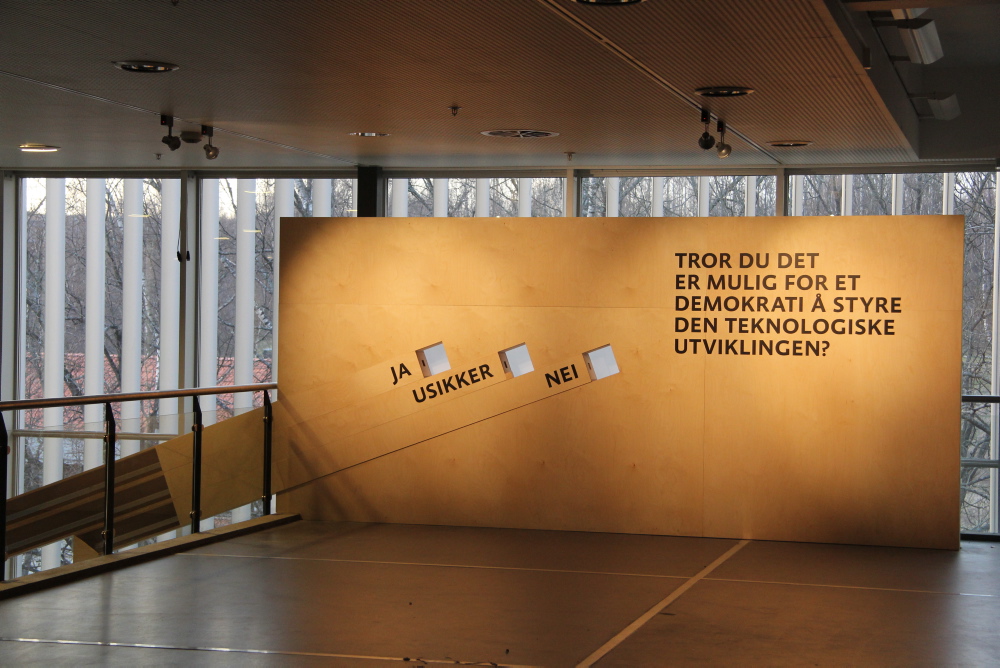 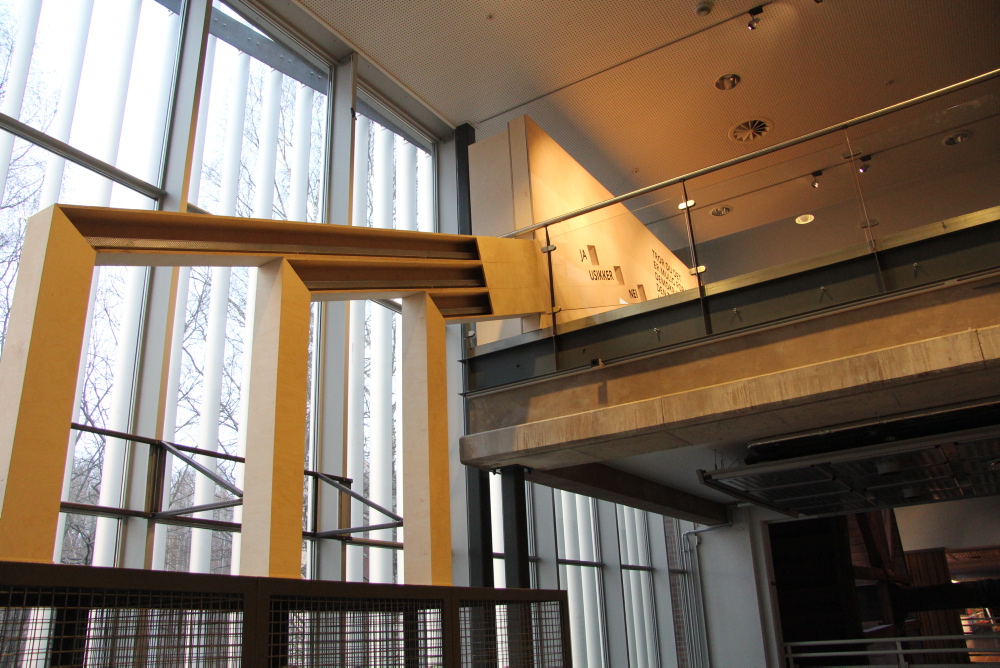 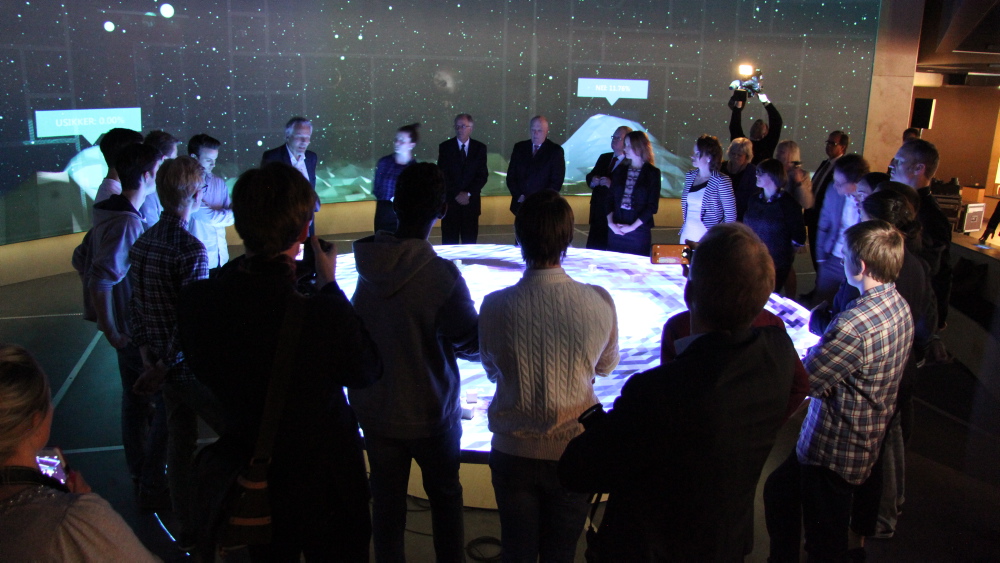 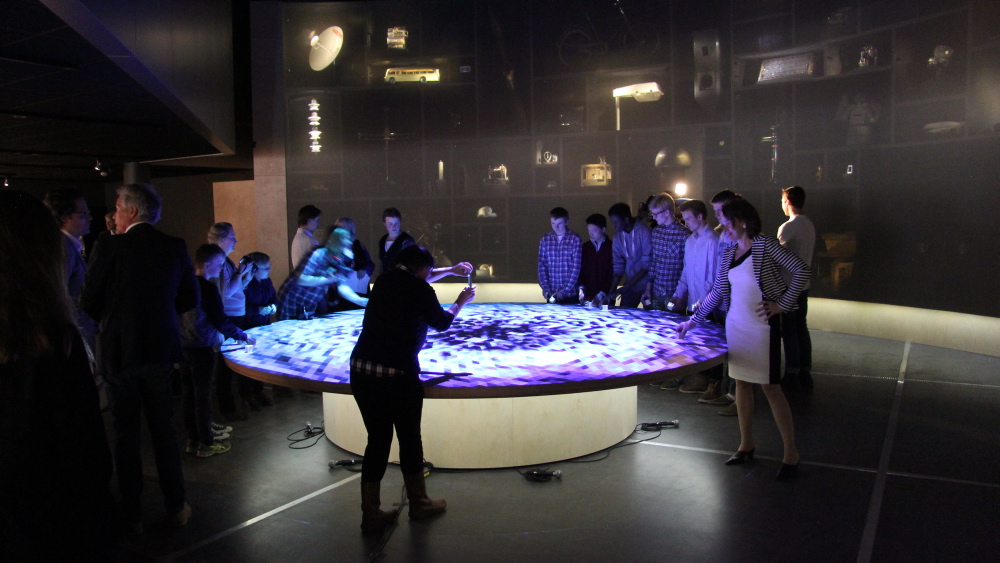 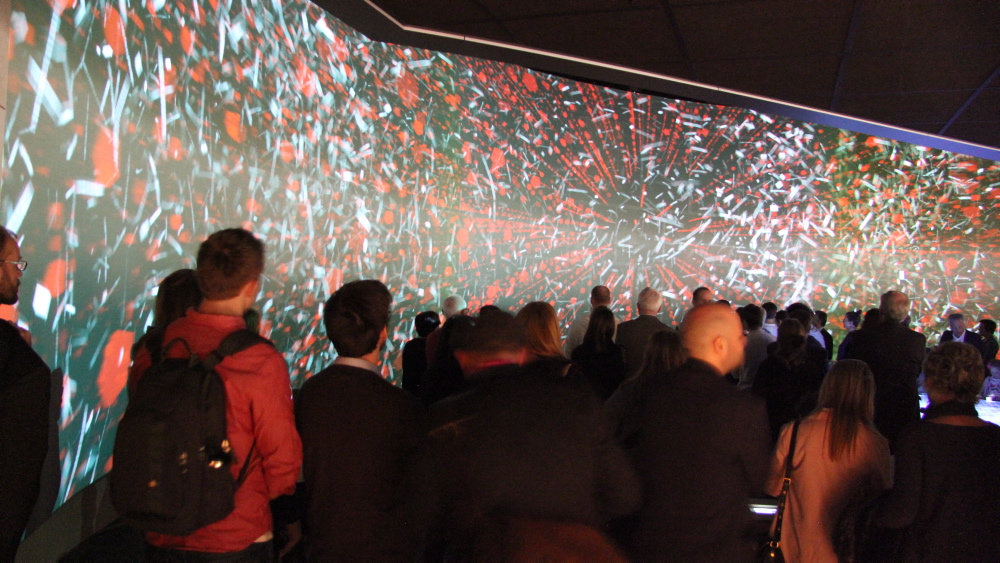 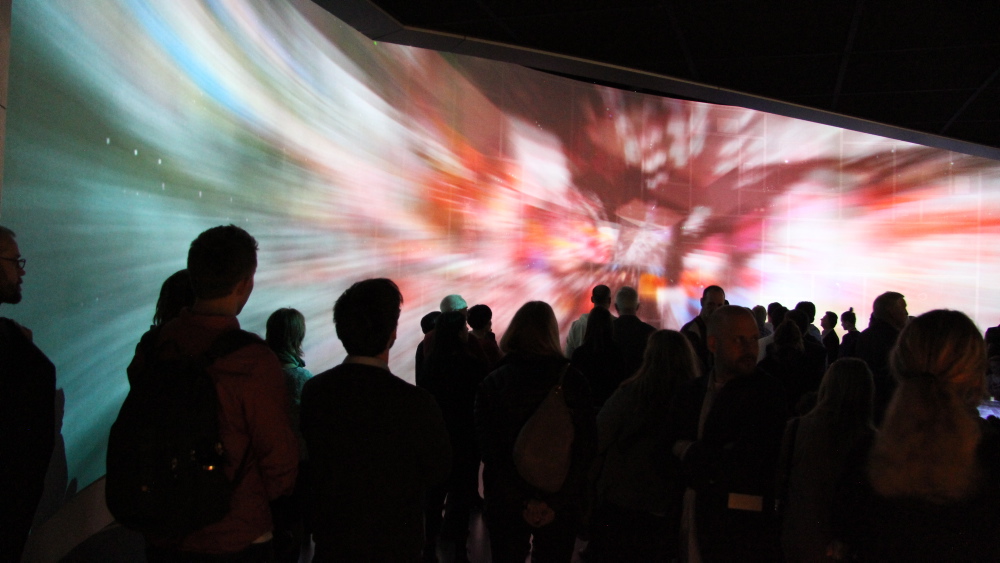 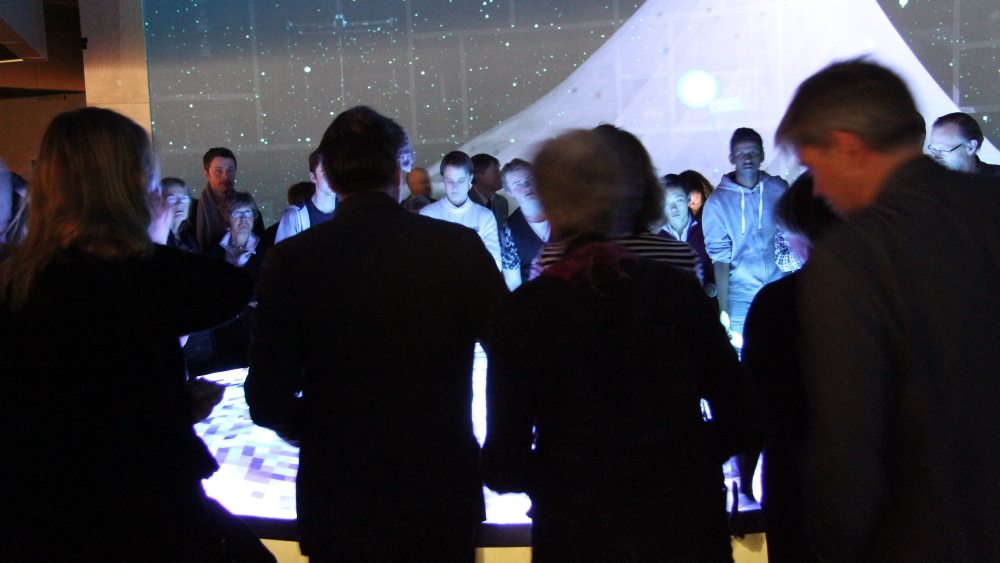 On the occasion of the Norwegian Museum of Technology‘s 100th anniversary, the participatory exhibition TING invites visitors to explore and discuss the complex relationships between technology and democracy.

Visitors pass different zones while moving through the exhibition.
The Intro shows illustrations of 8 Objects representing the technologies to be discussed in the upcoming „TING“-Debates combined with contradictory quotes reflecting on the relationship between democracy
and technology.

Then a basic wooden block, analog to the digital pixel, becomes a haptic tool for visitors to trigger digital interactions within the exhibition and to cast their votes within the TING.

Moving further a section with iconic objects serves as case study area, that demonstrates that the value and impact of the technologies behind can be interpreted in many positive and negative ways.
There is not one meaning or truth, but many possible uses and impacts.