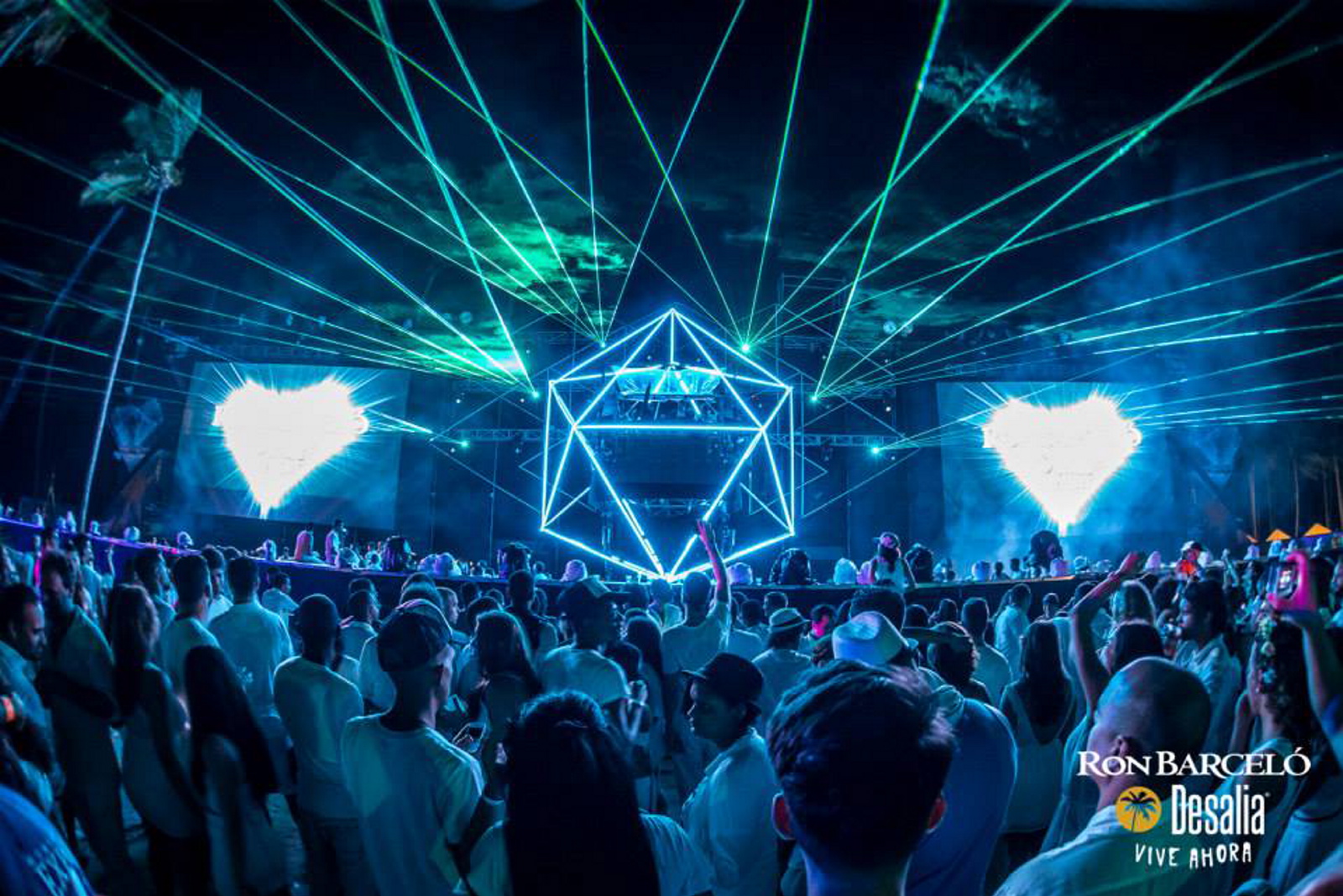 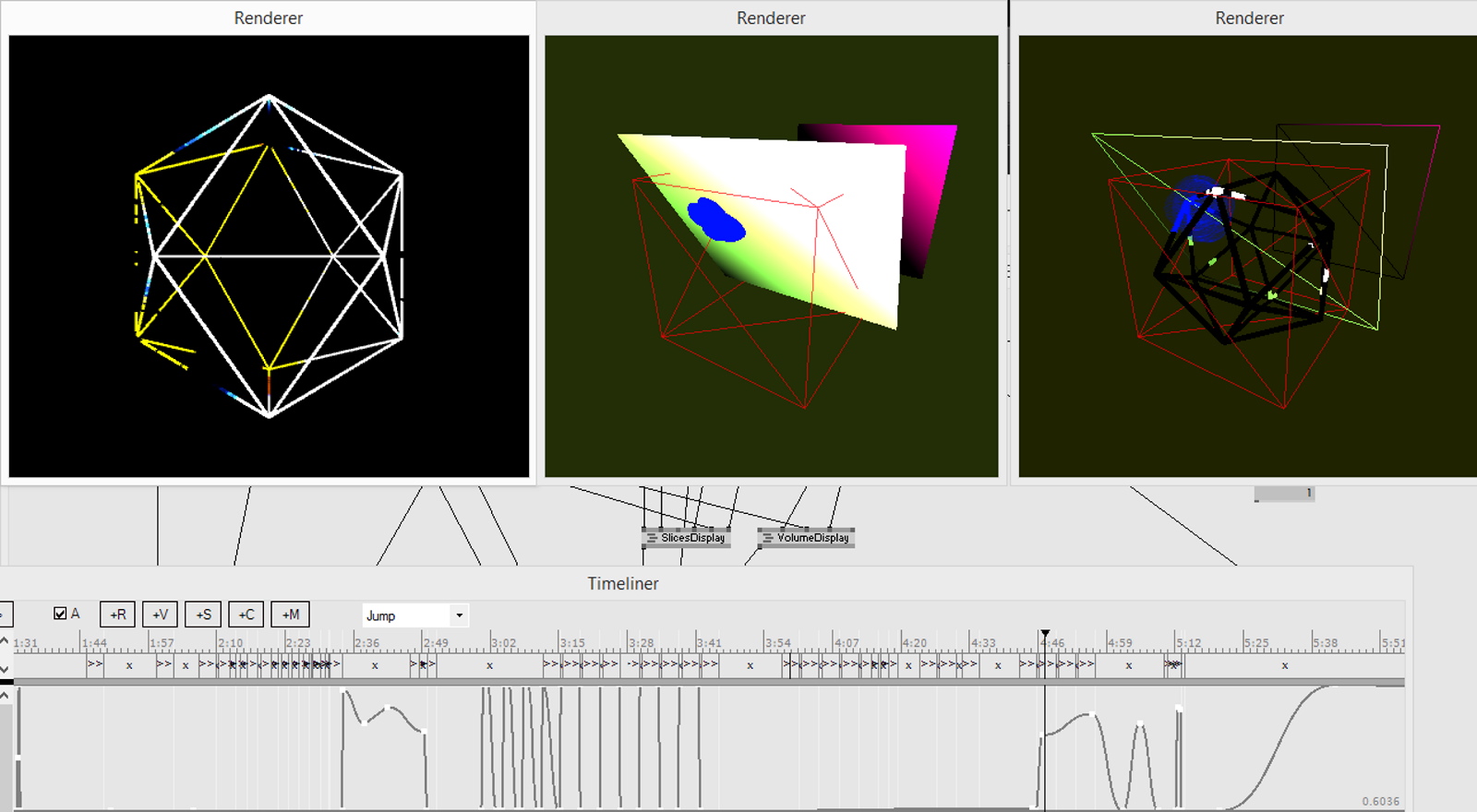 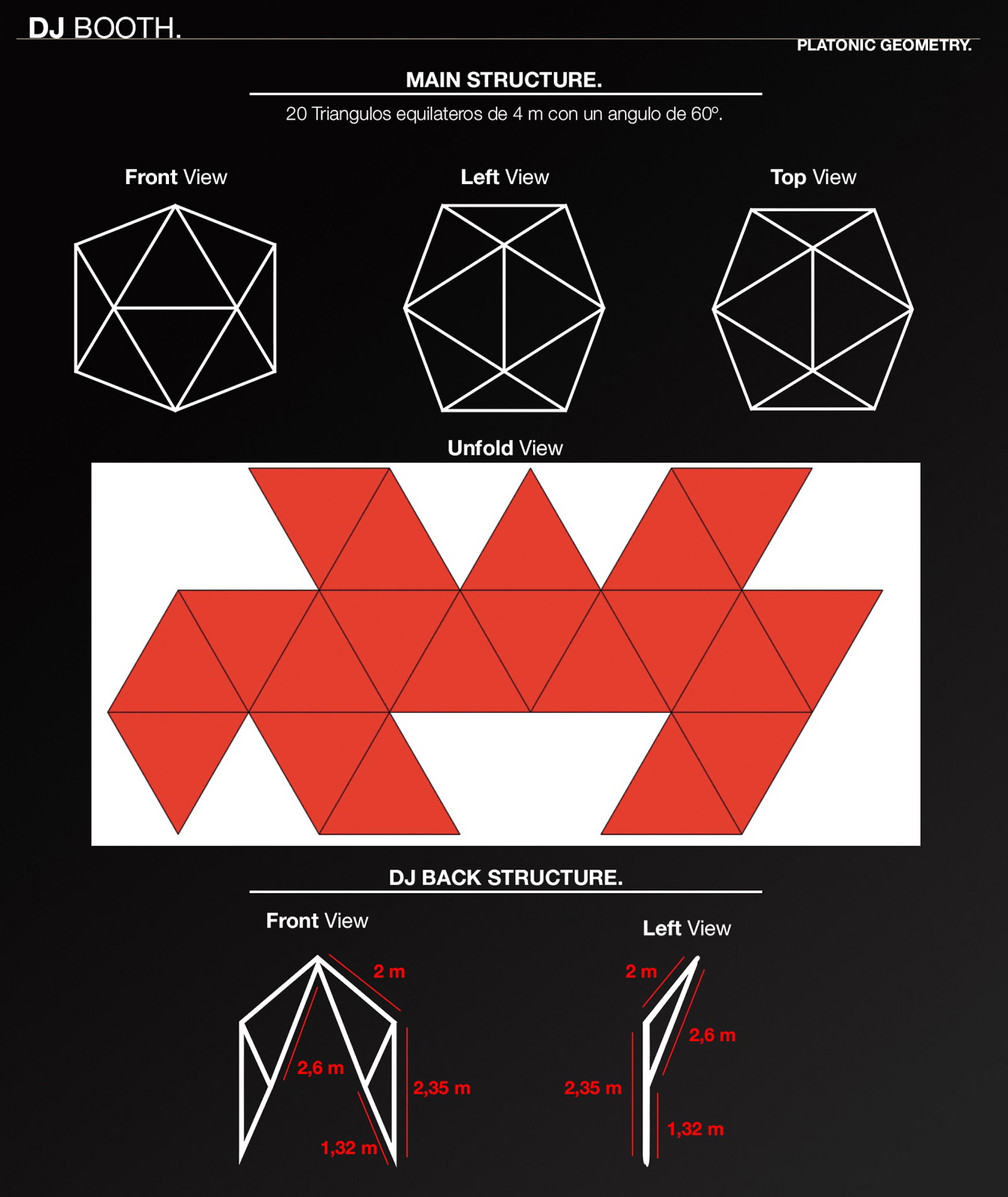 For the occasion of Desalia 2015 festival, in a remote beach of Dominican republic, we were in charge of the stage design,visual,concept and technical of the gig.

The design was based in a realtime volumetric light sculpture Dj booth and a back-wall of light tubes, two screens of 11 meter x 7 and four lasers of 25 watts.

All the system was originally created in vvvv, Using DX11 Visualization techniques, artnet as the main communication protocol between devices to synchronize a visual show for the festival opening.

For the dj booth, 150 m of digital Led strip with 72 rgb pixels per meter were used
for the main show.

Most of the parts in the show were in sync by a timecode master control to create interesting sceneograpghic results.

To drive the dmx fo the booth, 78 universes were used from a single computer,giving
us total control in 3d of the illumination.